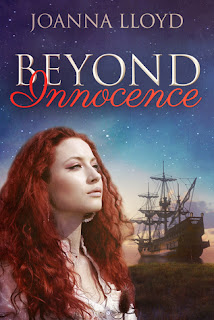 A well-researched, well written historical romance, and a fabulous debut novel for Lloyd—a story set in the time when England shipped off its prisoners to New South Wales in Australia.

The story begins in London in 1819 as Electra Shipley, daughter of Vicomte Gascombe, is arrested for felony theft, set up by her evil uncle, who took her father’s title after his death. Convicted by the testimony of false witnesses, Electra is transported to Australia to serve a 7-year sentence as an indentured servant.

William Radcliffe, a wealthy sheep rancher, spots the beautiful Electra when the ship docks in Sydney, and saves her from a crewmember’s rape. Electra is taken with the others to the women’s factory where the prisoners work on the wool. Since the colonists are free to take a prisoner as their bride, many come to claim the women. Electra refuses all until William offers her marriage. With few options, and a budding attraction, Electra agrees.

Both Electra and William harbor secrets from their past, secrets that affect their new marriage. But despite all, they begin to care for each other.

Lloyd brings to life the Australia of the past when the population consisted of colonists, prisoners, former prisoners and the natives. Many came to New South Wales fleeing a past they would rather forget; others came for opportunity. All the prejudices come out as Electra and William attempt to build a new life in a harsh land. There are storms, fire, outlaws and the dangers of the bush country.

The romance between Electra and William is satisfying and there is adventure aplenty, though the pace at times is a bit leisurely. Some wonderful secondary characters, though, including a Scots couple I loved. I recommend it.