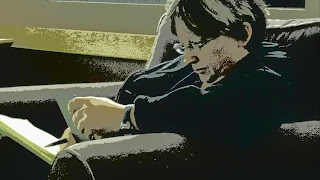 Like many of us on this planet, bestselling and award-winning author Carmen Caine is from another world. She spends every moment she can scribbling stories on sticky notes that her kids find posted all over the car, house, and barn.

When she is not working as a software engineer, she is busy ferrying her kids to various appointments, writing lyrics for her husband's songs, taking care of the dog Tigger and his heart condition, attempting to tame her three insane cats, scratching her three Nigerian Dwarf Goats behind the horns or coddling her flock of thirty bizarre chickens from around the world.

And she writes great Scottish historical romance! Today she is sharing with us some interesting tidbits about witch trials in Scotland from her research. There’s a great GIVEAWAY so do leave a comment and make sure I have your email.

In researching Scottish witch trials for my next set of books, I was surprised to learn there were relatively few witches prosecuted in Scotland until James VI became the King of Scotland. His fascination with witches was so extreme that I couldn’t resist telling his story as a backdrop for my ‘Heather House’ books.

It all began when James decided to wed Anne of Denmark. Her first attempt to sail to England failed when her ship began to leak and severe storms forced her to abandon the journey. The Danish Admiral was quick to blame the bad weather on witchcraft and to protect himself, promptly arrested and burned six women for the crime.


When James arrived to wed Anne shortly thereafter, he became fascinated with the Danish Witch Trials and the entire concept of how witches were plotting his death. And during the return voyage to Scotland with his new bride, he himself was beset with severe weather and one of the ships carrying the Queen’s wedding gifts sank in the storm.


It didn’t take long for greedy nobles to use the king’s fascination with witches to their own benefit. And in the following year, a deputy bailiff named David Seaton clearly saw an opportunity to improve his lot in life.

He informed the king that witches from North Berwick, a fishing town on the east coast of Scotland, had tried to kill the king during his voyage to wed his bride in Denmark.

The king himself actively participated in the investigations, personally supervising the torture and burning of the suspects. Along the way, he fancied himself such an expert witch hunter, that he even wrote a short book titled ‘Daemonologie’, that stated that all women were more easily entrapped by the devil than men. With this writing, he effectively launched Scotland’s first witch craze. 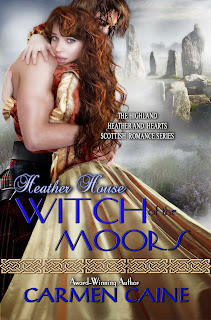 In my upcoming book, “Heather House: Witch of the Moors”, I cover the story of David Seaton, of how he blamed his own serving maid, Gilly Duncan, of witchcraft, along with other women in the village who made his life miserable (women who had knowledge of his illicit affairs, etc.), and of how he and King James tortured these poor souls until they confessed of conjuring up the storm by burning a black cat and throwing it into the sea, along with other unholy rituals.

These poor women were burned. One of them was tortured enough to say that over 70 witches had conspired to kill the king by working with the devil to conjure the storm. And in the end, over 100 people (primarily women) were tortured as a consequence of this trial.

Opportunists used the King’s hysteria over witches against him, of course, and some members of the nobility were also accused during this time as well, such as Francis Stewart, the Earl of Bothewell—who also just happened to be next in line to the Scottish throne.

He was acquitted two years later and after leading a series of rebellions against the king, ended up dying in poverty in Italy.

The North Berwick Trials lasted about two years, and there were other waves of witch trials in the following years. All-in-all, some accounts claim up to 6000 people may have been accused as witches and killed in these trials.

King James VI of Scotland became Queen Elizabeth I of England’s heir, and upon her death, he moved to England to become King James I of England where the playwright, Shakespeare, penned MacBeth to cater to the ego of the new witch-obsessed king.


And while King James went on to accomplish other things in his life, he holds the record for hanging more witches than any other member of England’s monarchy.

For the GIVEAWAY, four lucky winners will receive one of my “Heart” books:

From Regan:
Thanks so much, Carmen, for joining us and sharing that amazing history! For the readers, you can see my reviews of Carmen's books on this blog (The Bold Heart is below) and on Amazon and Goodreads.