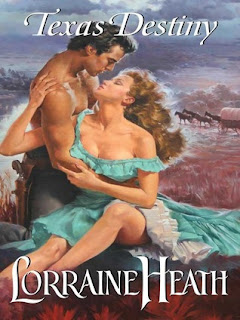 Set in Texas in 1876, this is the story of two wounded souls. Broken by the horrors she has seen in the Civil War, and hoping for a new life, Amelia Carson agrees to become the mail order bride of budding Texas rancher, Dallas Leigh. Since he was injured by an untamed stallion, he sends his brother, Houston, to fetch Amelia from the train station in Ft. Worth.

Houston has been gravely scarred from his time in the war and only reluctantly agrees to bring Dallas’ bride to the ranch. In the month-long journey, they face the trials of the road: snakes, storms and flooding rivers—and they fall in love.

Houston fights his attraction for Amelia, knowing he must deliver her untouched. But they have grown close and, when they arrive at the ranch, Dallas notices.

This is a wonderful, well-told story that kept me turning pages. The descriptions of the dangers Houston and Amelia face are so well done, they’ll have you on the edge of your seat. The characters are well developed and the stage is set for the next two stories about Dallas and the younger brother, Austin.

Highly recommended.
Posted by Regan Walker at 1:00 AM