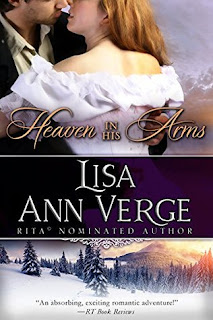 The story begins in Paris in 1670 where Genevieve Lalande, an orphan and illegitimate daughter of a courtesan, struggles to survive. Desperate for a new life, she trades identities with a woman who is among those chosen to be brides for the settlers in the new French colony of Quebec.

A fur trader in the Canadian wilderness, Andre Lefebvre is not happy to learn he must wed in order to keep his license. Given a choice of women, he selects the pale, sickly Genevieve, believing she can't possibly live. But he is wrong. She gets well. When she realizes he married her hoping she would die, she follows him into the wilderness demanding he treat her as a wife. Despite the temptation of her beauty, Andre doesn’t want to consummate the marriage because he plans to annul it.

The story reflects the author’s considerable research into the era and the locations. The descriptions of the unusual setting are vivid. Rides over the rapids and portaging through the wilderness on the way to Chequamegon Bay, an inlet on Lake Superior, are exciting.

Andre was concerned about a woman’s ability to handle the difficulties but Genny matches them for endurance and cleverness at every turn, winning Andre’s respect (and his lust, of course). The dialog is often witty and the love scenes are graphic (and there are many).