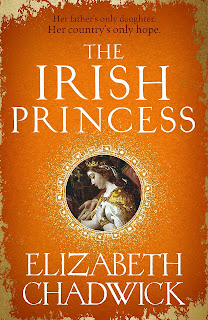 Aoife MacMurchada is just 14 years old when her father Diarmit, King of Leinster, is brutally deposed, and her family is forced to flee Southern Ireland into England where they seek help from King Henry II. Henry takes a keen interest in the lovely young Aoife with the voice of an angel when she sings. But she is wise enough not to fall into his clutches. Aoife’s father’s need for a strong alliance to win back his lands leads him to Richard de Clare, lord of Striguil, a man looking for new lands and stature. Marrying the daughter of the King of Leinster will bring him what he needs.

Diarmit promises Richard wealth, lands, and Aoife's hand in return for his military aid. For her part, Aoife will do her duty for the father she loves. An alliance formed of necessity will change Ireland’s future forever and lead to love for Aoife as she becomes Richard’s admired countess.

A well-written historical that sheds light on the Normans coming to Ireland and the role of the de Clare-MacMurchada alliance. I loved the rich historical detail, the Irish spirit preserved in the characters, the classic picture of King Henry as a letch, albeit with a gracious demeanor, and the love story between Richard and Aoife.

Another great read from Chadwick!